It was last summer. There was a warm breeze blowing in from the north and the stars were shining brightly in the sky above. Excel and I had just spent a few hours on Black Roof admiring our beautiful city. We’d been here many times before and the views never staled. Adelaide, although not a huge city, is one the most livable cities on the planet, a place I call home, and a place bustling with historical things to see and do.

The night was still young. We came down from the quiet tranquility of our elevated location onto the turbulent streets below. The smell of automobile fumes and fast-food consumed our senses as we flâneured around the city aimlessly. It’s something that I love doing; just walking around the streets admiring some of the older buildings. But this time something on the ground caught my eye. The circular stormwater lid, flush with the pavement, seemed older than normal, as if it were cast 100 years ago.

By torchlight we could see an underground room flooded with ground water. I looked up at Excel and he immediately knew what my facial expression meant: we were going in and the next 3 hours were booked out solid!

Climbing down into the hidden room wasn’t easy. A protruding wooden block and nearby rusty metal bearer helped with footholds. Managing to get down inside, I slipped into the murky unpleasant-smelling stale water. As I made my way across the room, floating debris in the water circled around me like leaves in a storm. I could see what looked like a tunnel at the furthest end of the room.

Having concluded the un-lit chamber was ‘safe’, I indicated to Excel to come down.

The tunnel was lined with decaying red brick. Several older bunker-style glass domed lights were attached to the wall connected by 1920’s-style conduits bearing the name “G & G“. That in itself gave an indication of how old the tunnel was. Further along the tunnel, a secret panel accessed part of a basement of a building. The ceiling was made of concrete while its base comprised of mud and rock.

We spent a few hours inside taking photos and admiring its features before finishing up just before the break of dawn. We climbed out and I levered the stormwater lid into place to once again hide the entrance to the tunnel below.

It continues to amaze me that just below the streets of Adelaide lies a hidden world of mystery. Places that hardly anyone gets to see. I think we’ve only scratched the surface and Adelaide has more hidden beauty and decay awaiting the curious explorer who chooses to unlock the mysteries of her past. 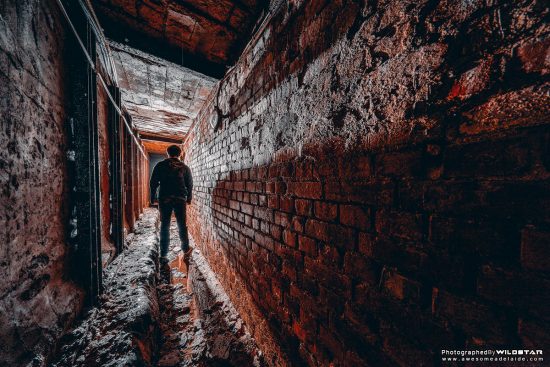 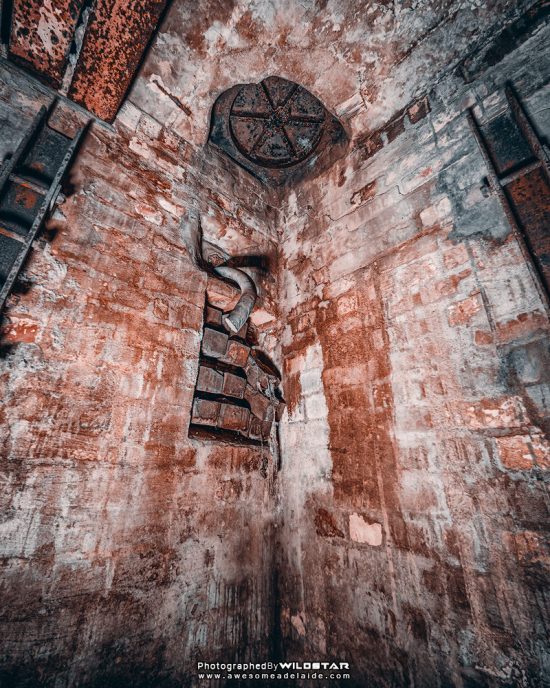 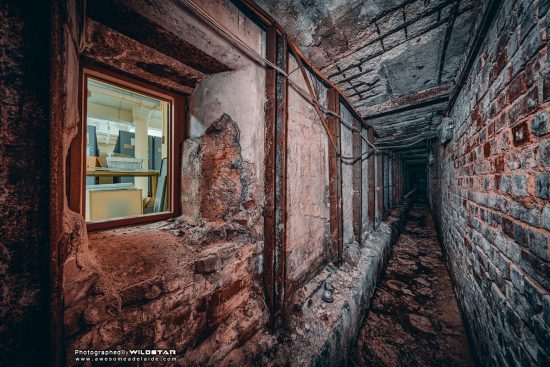 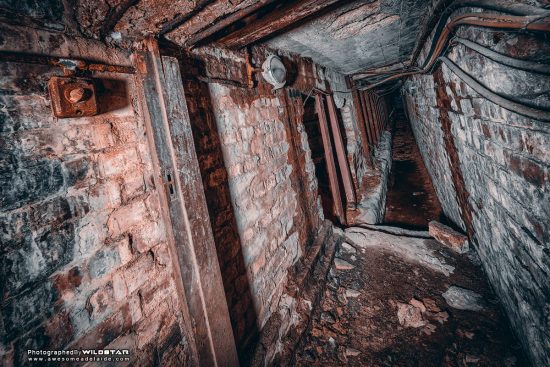 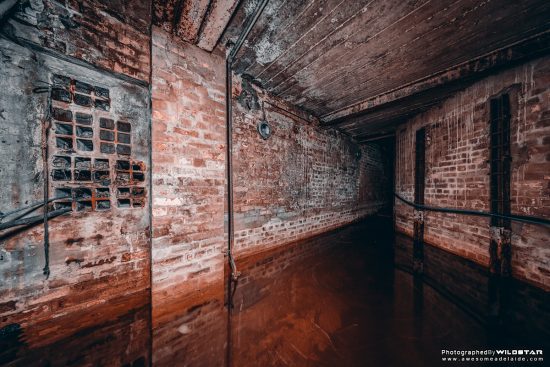 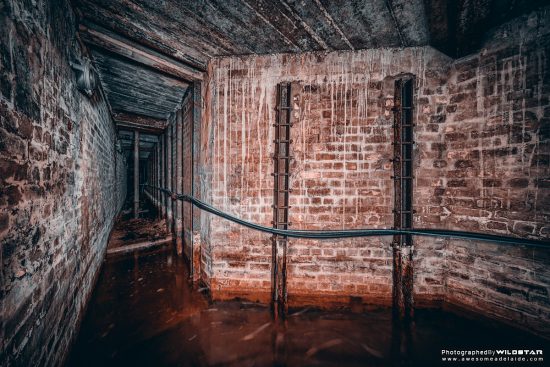 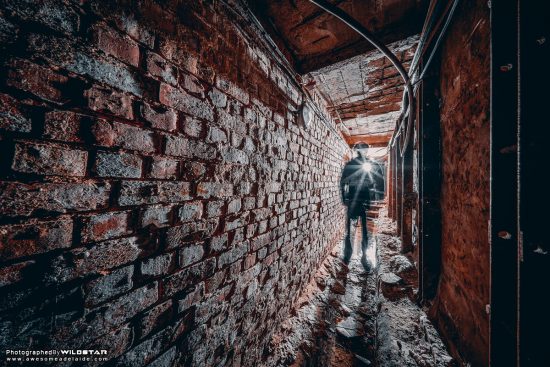 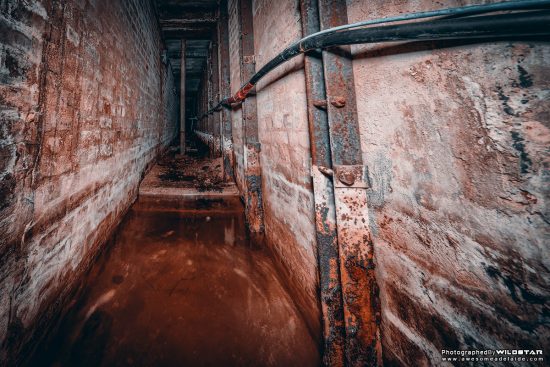 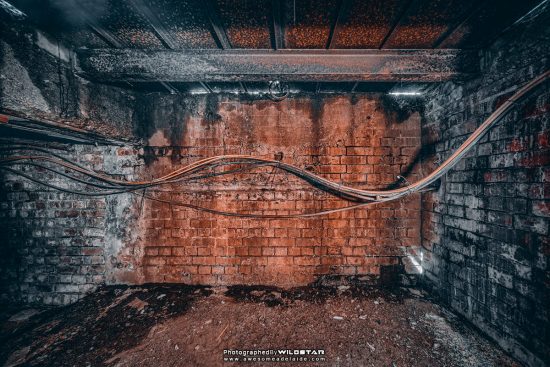 Keep up-to-date with what we’re exploring in and around Adelaide; and follow us in real time by following our Instagram feed: awesomeadelaide or our Facebook feed: Awesome Adelaide.
Also, to read more about awesome Adelaide places to explore, take a look at our Site Map.