During Word War Two, large military camps were built in and around Adelaide. Aussie diggers and American GI’s camped at this spot before catching the trains north and heading off to war. For their protection, a bomb shelter was built.

Many air-raid shelters were built around South Australia after the Japanese promised to bomb our city. That never happened of course. Most shelters have been destroyed or back-filled however a few still remain… 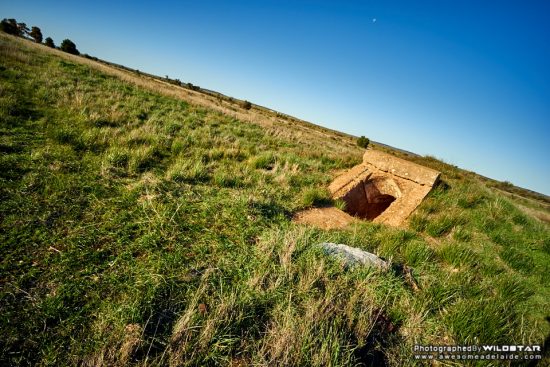 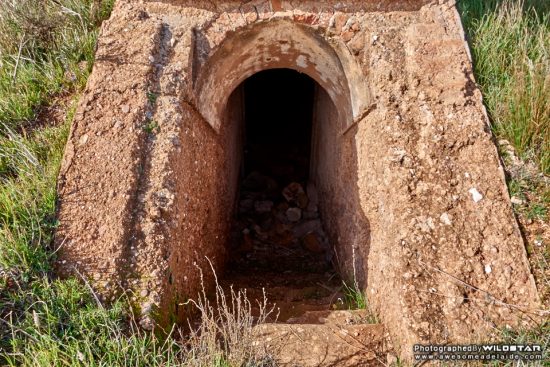 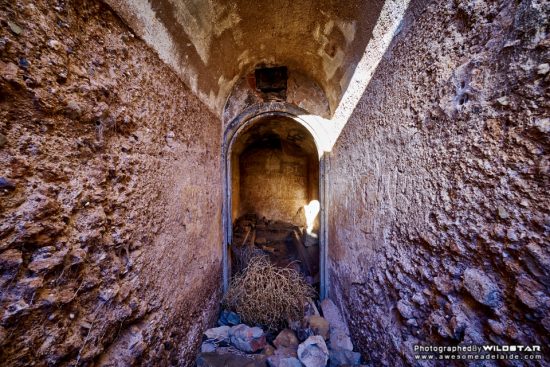 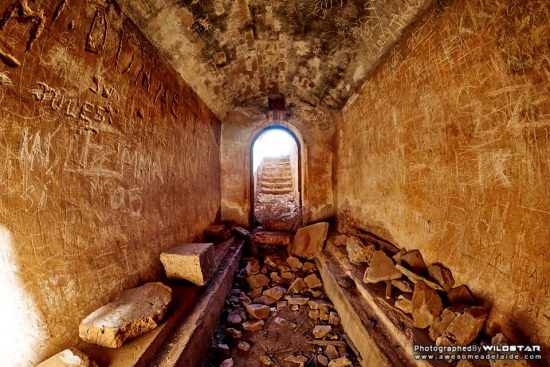 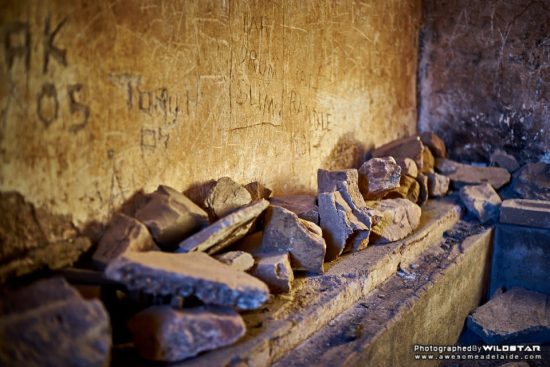 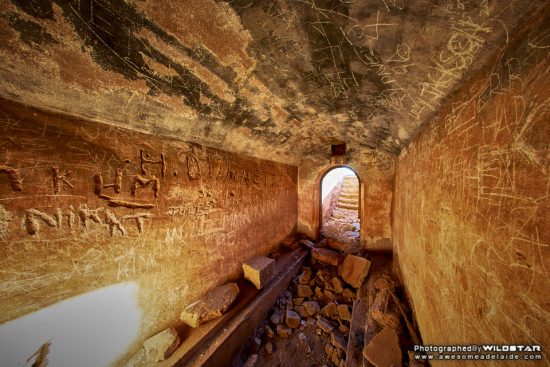 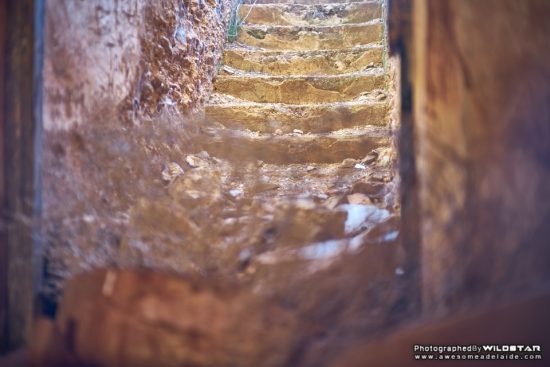 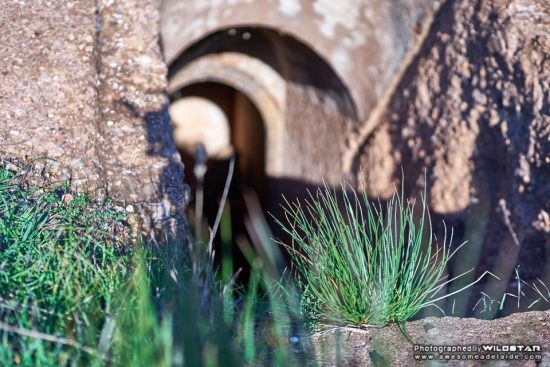